Stillness on the Isle of Harris 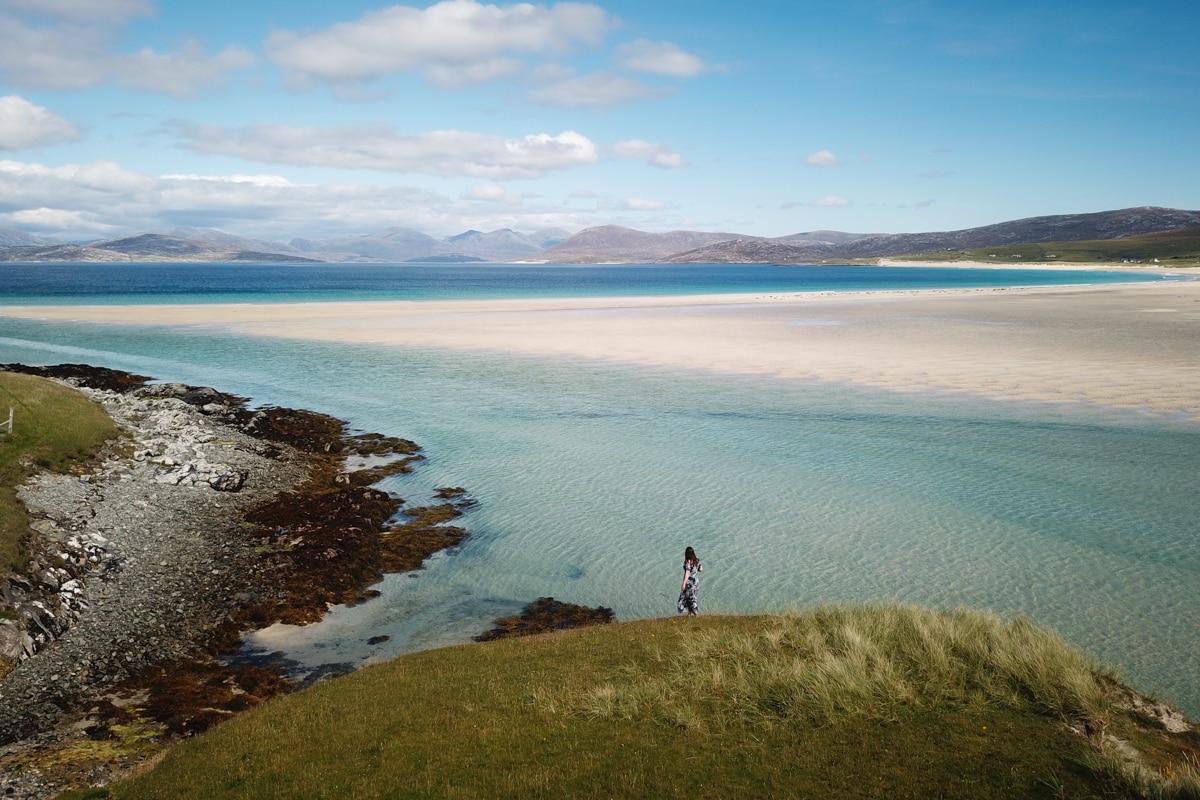 My first trip back over to the Outer Hebrides since last year. In fact, my first trip anywhere since returning from running a landscape photography workshop in Glencoe in March. I became ill a few days later, and then lockdown happened a few days after that. So, after all those months at home, rolling off the ferry on the Isle of Harris had a special meaning to me.

I always feel like I have arrived home when I arrive on the Outer Hebrides, but this time it felt extra special. Staying in Northton meant I had instant access so the beaches and to be able to walk a little each day without having to take the van out. The intentions were good, but the body was not so willing. My first walk took me through the machir at the bottom of ceaphabal and over along the shoreline of Scarista. The Machir was in full bloom which was so amazing too see because most of my time spent on the Island is during the winter when there are no beautiful coloured flowers lining the machir around the beaches. Scarista was doing its best impression of the Carribean, with blue skies and incredible coloured sea that seems pretty much surreal. I was reluctant to carry my camera kit still and found the walk enough to handle. So I packed my very all drone instead and took some aerials of the beach instead. I wandered around the incoming water that runs down the side of the beach - shallow pockets of warm, clear water  which are just asking to be paddled in. With just a couple of people on the far side of the beach, I felt as though I was completely alone, surrounded by my own little paradise.

The next day I was up early for a photoshoot with Maureen Du preez who lives on Uist. She photographed me on Scarista beach and down towards Luskentyre. She is a wonderful photographer and actually produced an incredible amount of the images that I love. 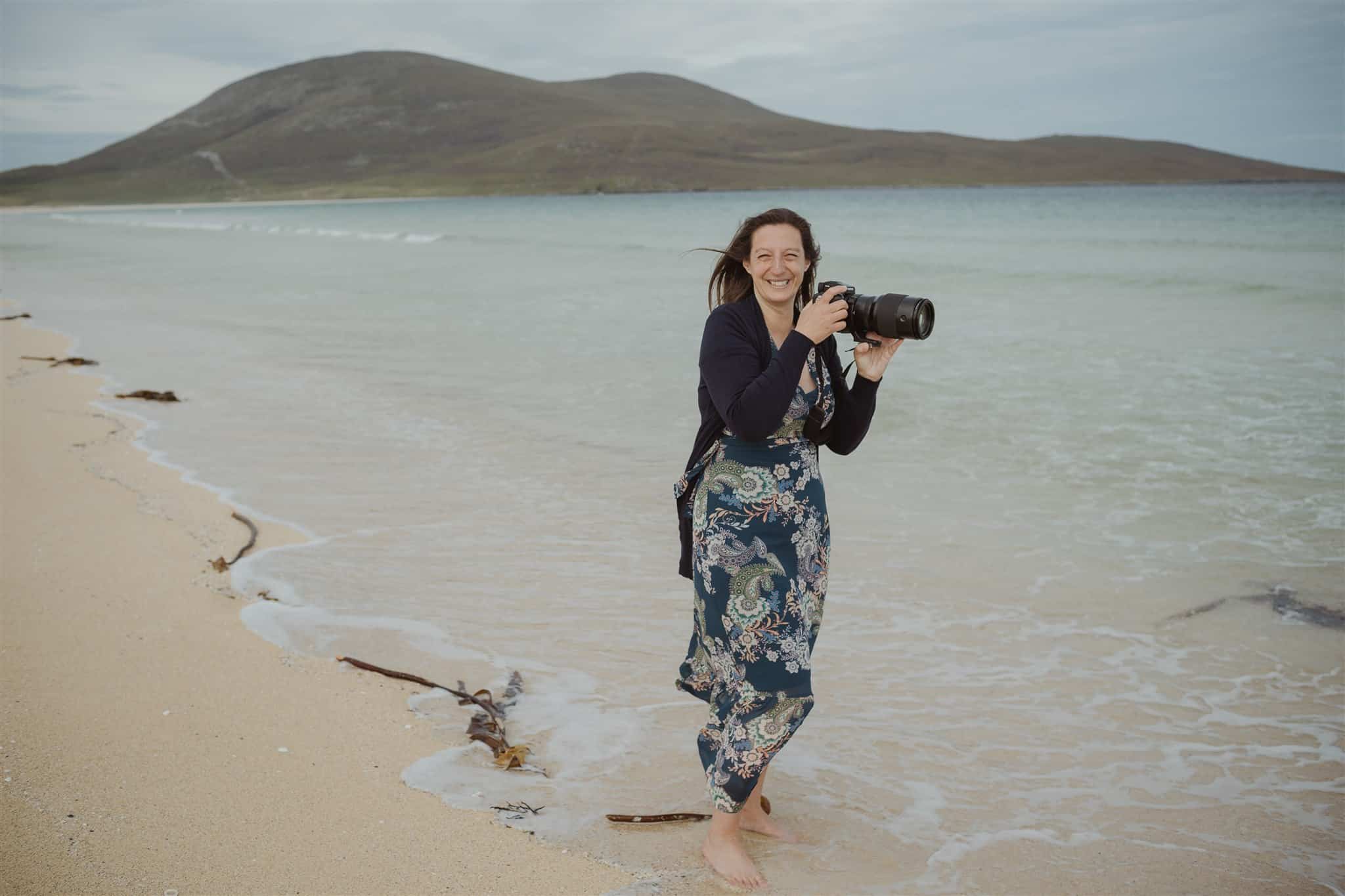 That night I began to feel weary and can now see what had happened. With hindsight. At the time I was still learning about my battle my long covid and everything was just confusing. To push through and gain strength or to rest. I never knew what to do for the best. The answer has since become clear. That it is a fine balance between overdoing things and pushing into relapse which means literally not being able to do anything for several days. By the evening I could barely move and the following days were wiped out. In the nicest possible way though because the views from my accommodation were enough to make me very happy and grateful. 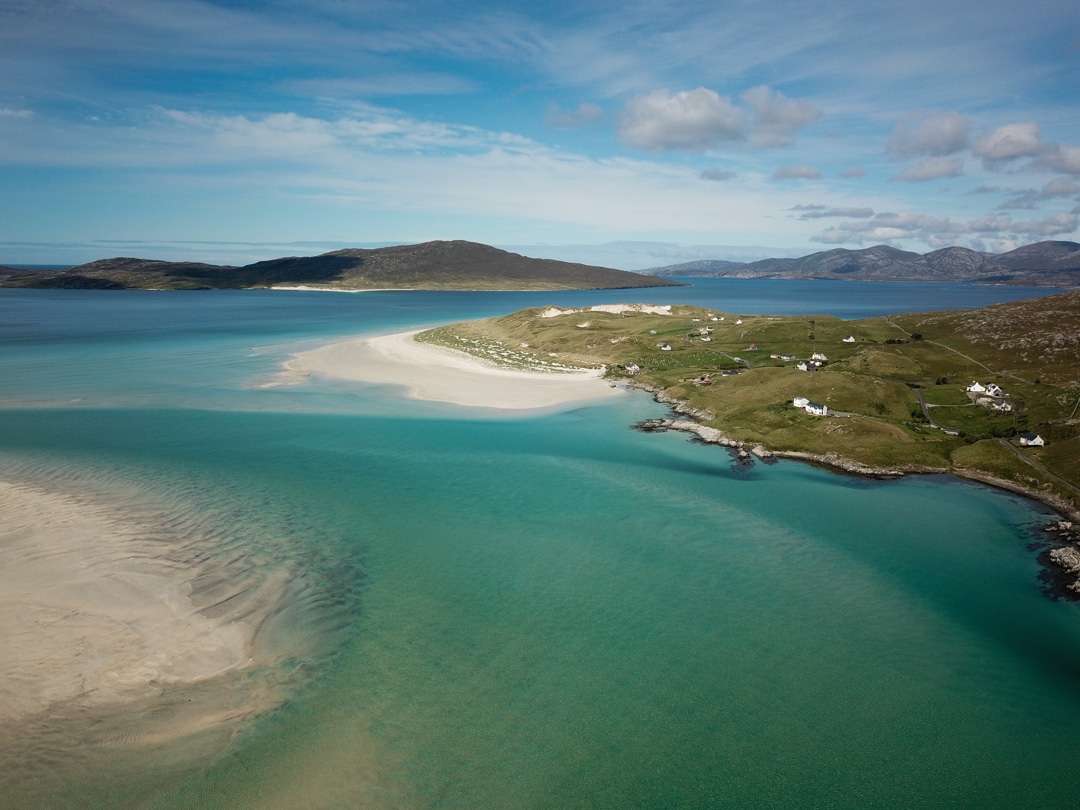 As I neared the end of my week, I managed one trip out in my van to a place I knew where I could be by the sea but close to the van. No long walks are required. As I arrived, it felt like someone was watching over me as the skies cleared, the sun came out, and I had the opportunity to set up cocooned between rocks by some watery inlets. I read and wrote a while just lapping up the swarth and the sunshine and the Hebridean views. As I always do, I had my swim stuff with me, so I decided to wade into the water and lounge about a while. The water was cold but not shocking or breathtaking, which made a nice change. I noticed a red jellyfish hanging about in the corner by some rocks and decided to make him the subject of my photography. 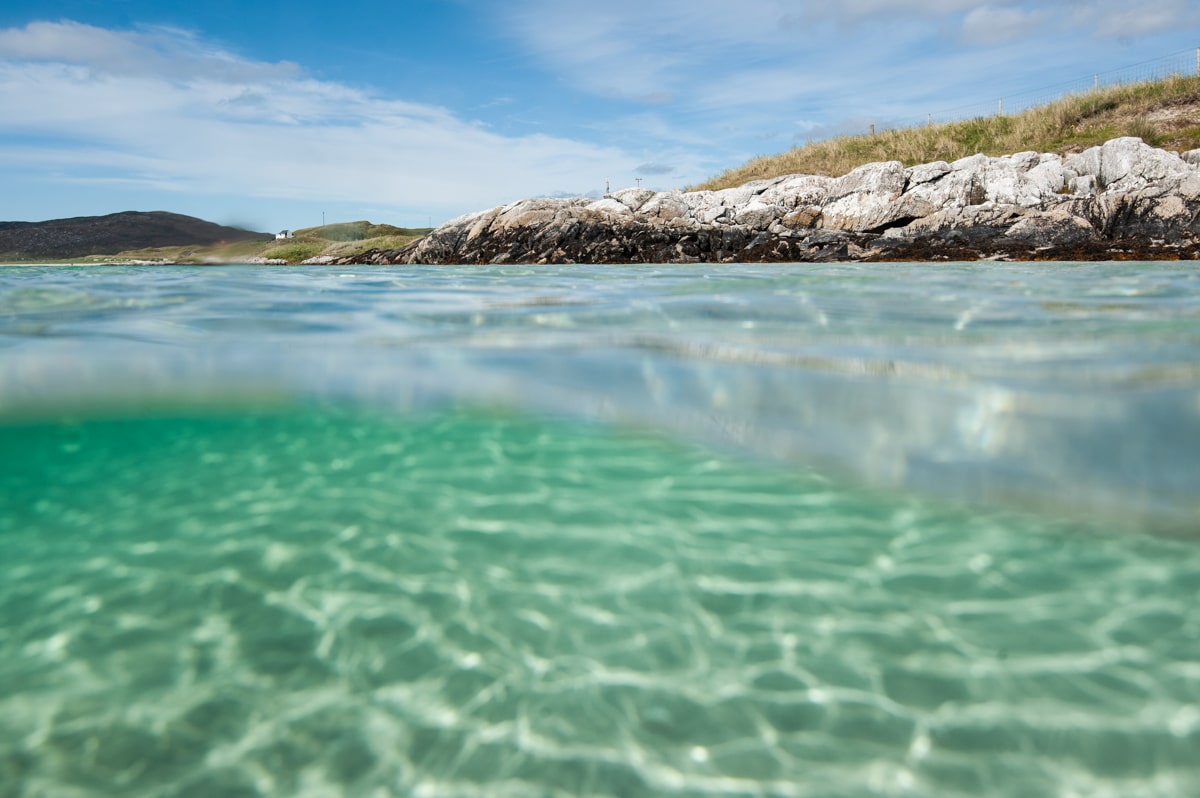 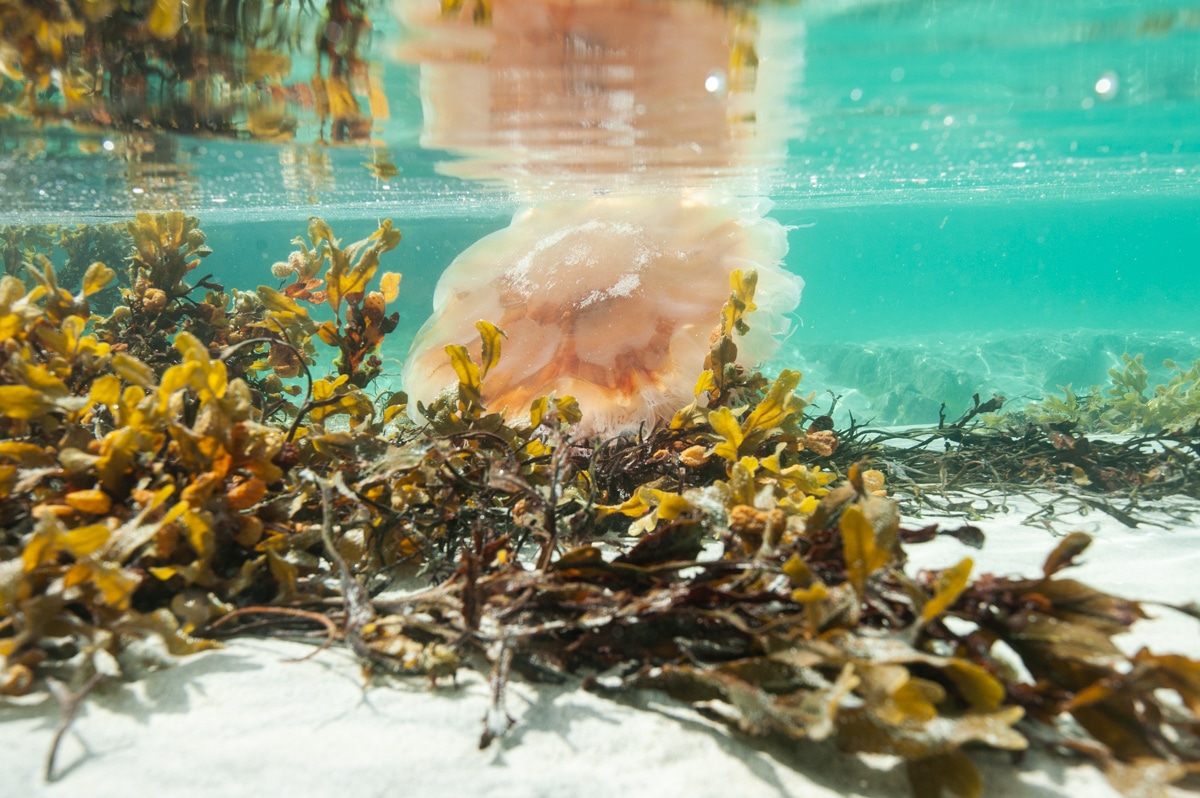